Craigslist Rental Scams on the Rise 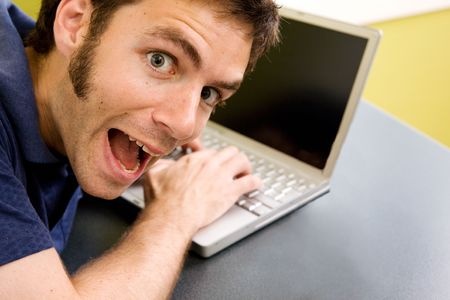 Apartment hunters in big cities know the drill: they spot a listing for a well-priced, attractive place and make an inquiry, only to be met with demands for an instant credit check or an upfront fee to access the full listing. Savvier home hunters spot these scams immediately, but others fall through the cracks, making popular rental listing sites like Craigslist a highly lucrative spot for fraud.


A recently released study by researchers at the New York University Tandon School of Engineering found that Craigslist fails to identify more than half of scam rental listings, and that suspicious postings often linger for as long as 20 hours before being removed—more than enough time to snare victims, especially in competitive housing markets.

The research team at NYU analyzed more than 2 million rental listings on Craigslist over a five-month period to gain an end-to-end understanding of how such scams are structured and which strategies may undermine them. The team detected and analyzed about 29,000 fraudulent listings in 20 major cities, ultimately mapping the listings into seven distinct scam categories, most of which involved credit card payments.

One of the most common was a credit report scam, in which a fraudulent poster instructs a would-be tenant to click a link and purchase a credit report. The scammer gets a referral commission from the credit reporting site even though there is no property for rent.

In another scheme, the "cloned listing" scam, rental listings from other sites are duplicated and posted on Craigslist at a lower price. Scammers make money by requesting a rent deposit via wire transfer from prospective tenants. By responding to these ads and analyzing IP addresses and banking wire information, the researchers learned that most of these schemes originate in Nigeria and are administered by a small group of "scam factories."

Another pervasive scam involved "real estate service" companies, in which victims are asked to pay both an upfront fee and a monthly membership fee to access listings of pre-foreclosure rentals or rent-to-own properties. In the majority of cases, the companies leading the scams have no connection to the properties listed.

Find out how much rent you can get for your investment.

Learn about how we can help maximize your rental investment's potential.